If Leake Street is such an exemplary space, why does it need regenerating? Despite the claims of owners, managers and developers, the issue with the Tunnel as it stands is not so much that it is not safe or well maintained, but that it provides little or no opportunity for consumption or capital accumulation. There is no immediate profit being made, no commercial transactions undertaken, and little valorisation of a paramount area of huge financial potential. Many of the planned changes are specifically tailored to implement these activities in the Tunnel, and align the space to the neoliberal requirements of prime London real estate. The presence of graffiti enables the use of the creative city paradigm to justify the introduction of retail and commercial spaces, which are productive of capital instead of laying financially idle.

Fixing some broken lights and putting up some rubbish bins is a small price to pay for turning the self-made cultural capital of Leake Street into financial capital and profit. The social and cultural return on investment were only sufficient for so long, until the stakes were raised and it was decided that Leake Street also had to produce money, not just expressive activity. Now, Leake Street can pass from being an unruly place, marginal to the operation of profit-driven local governance, to a staple destination on London’s Southbank, a lukewarm, creativity-driven, profit-making machine. 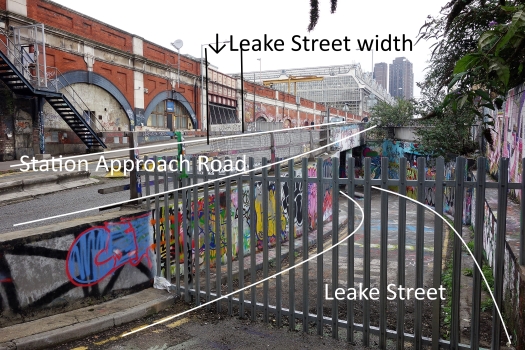