With endorsed murals in place, partnerships with developers signed, and festival agendas at the ready, the street art-supported creative city is ready to be replicated wherever necessary, as a carefully calculated investment. This has little to do with actual local production and a desire to support it: most declarations of attractiveness come post-factum, once production peaks, interest soars, and investment is ready to be made. Creative authenticity and streetness become tradable formulas and generic solutions for setting up areas whose identity gets lost under the creative currency label. It is not just that these fabricated attributes lack any character or genuine productive impetus, but they also make forgotten the unprofitable creativity that is still there, and contribute to its displacement. They designate normative cultures which have lost contact with minor, unsuccessful, non-consequential production, and are based exclusively on competitiveness, success and individuality. Successful street art is like successful cities: it is sustained by a discourse of institutionally endorsed streetartness and streetness, and it banks on individuality, extraction, replicability and globalisation.

Perhaps the best form of support for inscriptive cultures would be to do nothing: don’t regulate, don’t sell, don’t promote. Just leave them, and leave their occupied surfaces in place, instead of knocking them down, and getting them replaced with exclusive real estate and standardised art, as if you were designing a stage set for the lives of targeted property buyers. Molding the street into streetness, and artwashing creatives into Creativity. Cool stealer, cool killer. 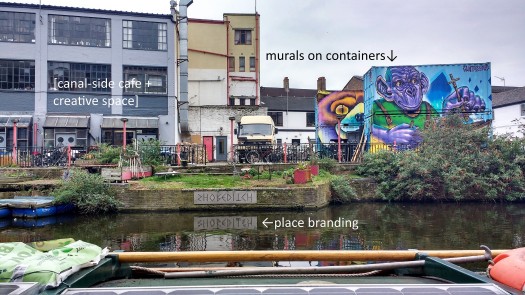